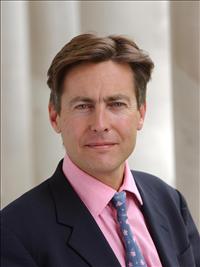 More information about me

His office in Exeter is located at 26b Clifton Hill and in the House of Commons, London.